YMCA Wirral – From Humble Beginnings To A Large Organisation. 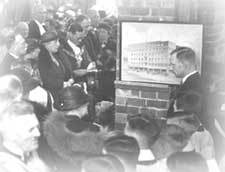 YMCA WIRRAL (formerly Birkenhead YMCA) has supported the community for 145 years and from humble beginnings we have grown into a large organisation that offers help and support not only to the local community but nationally and internationally.

We may have grown as an organisation but our values remain the same in recognising the individual skills, gift and talents of each person and working with them, in partnership, to identify their strengths needs and aspirations.

“Helping people to build positive futures and overcome barriers for people of all ages” is our mission statement to which we are very committed. In fact it is more a way of life for us here at YMCA WIRRAL. We believe that as you look through this website you will see the many ways we are helping people and some of our methods and techniques that are proving such a success.
Birkenhead YMCA was established in Birkenhead in 1874 and during this time, the charity developed a community plan that crossed over all areas of social need and interests.

YMCA WIRRAL (formerly Birkenhead YMCA) has historic links with the world famous Cammell Laird Shipbuilding yards and the Shipping Lines that once used Birkenhead’s extensive docks network. Names like Mauretania, Windsor Castle, Blue Funnel Line, Clan Line, Ellerman Hall and Harrison Line are all linked into our history but it is perhaps with the respected Blue Funnel Line that the YMCA WIRRAL has the closest links, as very many of their staff undergoing training were accommodated with us from time to time.

Many refugee survivors from the second world war were accommodated and supported as too were many crews from ships currently being repaired or launched from Cammell Laird’s shipyard in Birkenhead . Sadly BYMCA was also the last refuge for some members of the ill fated submarine Thetis before its tragic maiden voyage from Cammell Lairds. BYMCA also became home to many Apprentices in the shipping and shipbuilding industries of Birkenhead and this service helped to build a stable basis for young people developing their skills during their journey to adulthood.

Amateur Dramatics were performed by local people to the delight of the local community who utilised Birkenhead YMCA as their main entertainment centre to see plays, operas and pantomimes.

Later in the early 60s under the title ‘Jive Night’ YMCA Wirral’s stage was graced by four of the most famous musicians in the world – The Beatles and local people paid 6/- (six shillings) to see them perform with supporting acts – The Beatcats and Peppermint Twisters. Our own famous Diddyman Ken Dodd was a supporting act during this time as he journeyed his way to stardom. Similarly YMCA Wirral has played host to a number of landed Gentry to include the Duke of Edinburgh, Duchess of Kent and Princess Beatrice (grand-daughter to Queen Victoria ) and two sports personalities Bobby Charlton and Bobby Moore visited our building to applaud the work undertaken by young YMCA members involved in football and gymnastic tournaments

The old building was unsuitable for modern use and it was decided to erect a purpose built new building with state of the art facilities. This was completed in July 2007 and was officially opened on Friday 21st September, by HRH The Duke of Kent. For the many guests that day was a tremendous success. 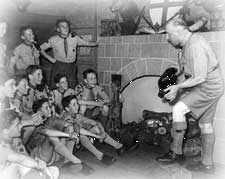 As a community led organisation, YMCA Wirral will continue to meet local need where such need is defined. Today the scourge of homelessness, worklessness and dependency on drugs, substance and drink and an even greater dependency on state benefits provides the reason why YMCA Wirral will continue to develop services to impact on the lives of those suffering disadvantage. It aims to provide activities that address educational and work skill shortfalls and to motivate and encourage service users to adopt and embrace a better lifestyle that will lead to positive futures, and hopefully futures with new and exciting prospects.